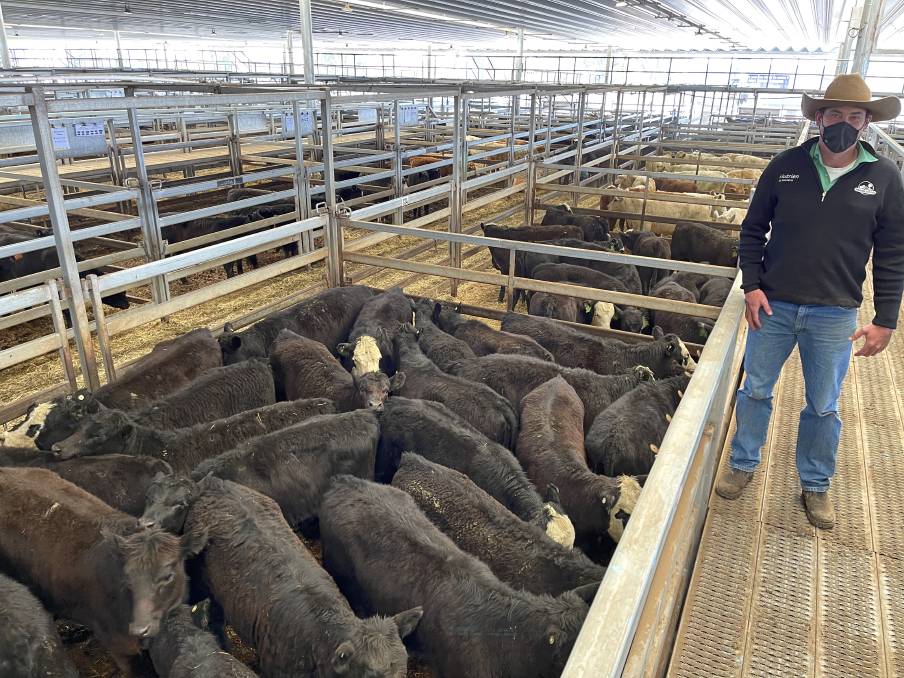 Nutrien Bathurst agent Marcus Schembri with 26 Reiland-blood, Angus-cross heifers that sold for $1630 a head (652 cents a kilogram) at Carcoar store sale on Friday. The heifers weighed an average of 250kg and were sold by BJ and MJ Hoolihan, Black Springs. Photo: Brock Syphers

Supply slipped to 1207 head, but the quality of the predominately weaner yarding reflected the better spring season across the Central Tablelands.

Only about 40 yearling steers were offered and weights were variable. They ranged from $1220 for a light Bos Indicus-cross pen to $2350 for some heavy Angus.

One pen of yearling heifers tipping the scales at more than 400kg sold for $1960.

A few medium weight pregnancy-tested-in-calf heifers sold for $1420, while PTIC cows sold for $2820.