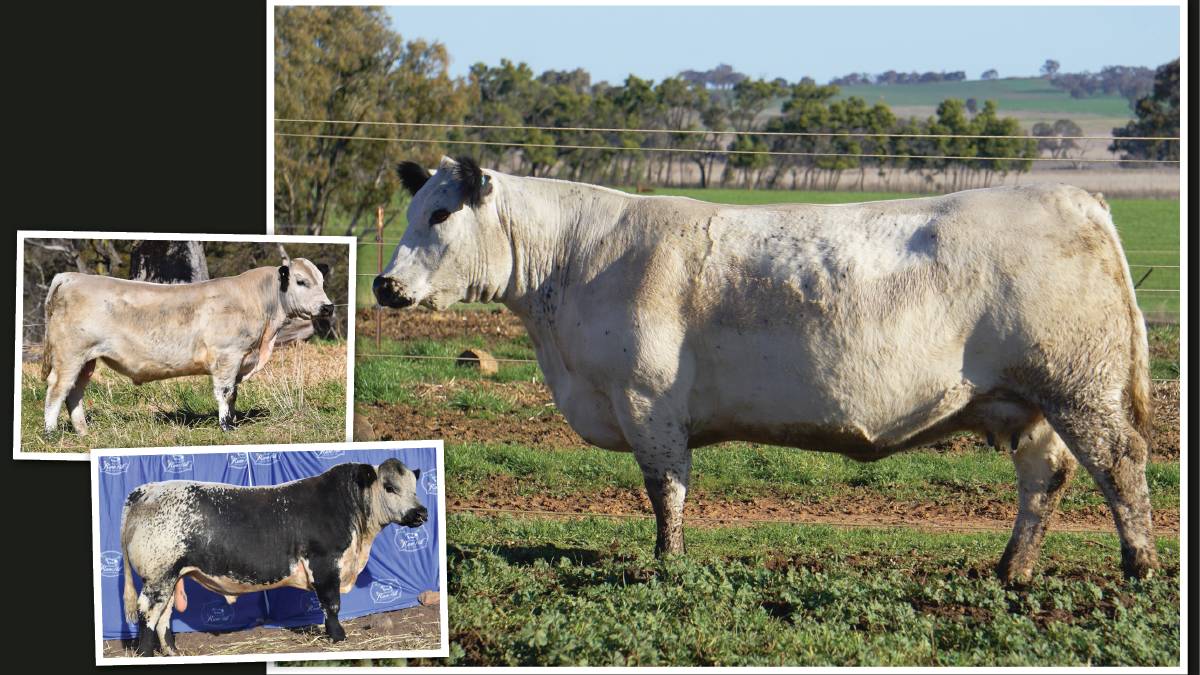 Damien and Kristina Sotter's Blue Spark mature herd dispersal sale, held in conjunction with the main event, set the pace very early on in the catalogue.

THE Inaugural Speckles in the Capital multi-vendor sale was held at Yass on Saturday, with demand for elite females a major highlight of the offering.

Damien and Kristina Sotter's Blue Spark mature herd dispersal sale, held in conjunction with the main event, set the pace very early on in the catalogue.

Prior to the stud offering, a commercial Speckle Park female sale took place with a pen of heifers on their first calves selling to a high of $3900 a head. The heifers were of Minnamurra, Waratah and Three Way Speckle Park blood, and were sold on account of ENG Ag Pty Ltd, Loomberah.

A trio of heifers account of the Sotters of Blue Spark stud, Oberon, sold for $3700/hd. The Blue Spark blood females were 13 months old and weighed 363kgs.

In the bull section of the catalogue, the lead lot, Rose Hill Secret's Out, set the pace of the day when he sold for $13,000 to AgStock client's City Group, Yass.

The reigning Sydney Royal Show senior champion bull was offered by Alex Pateman and Natalie Merz of Rosehill Speckle Park stud, Rylstone, who retained semen in the second-high seller of the sale.

ALSO IN NEWS:Canadian Stephen Miller to take over reins at AGBU

Sired by Underhill All Out 1D, the 36-month-old weighed 905 kilograms and measured 38 centimetres in the scrotal circumference with an eye muscle area (EMA) of 151 square centimetres, rump and rib fat measurements of seven millimetres and 5mm, and an intramuscular fat (IMF) of 6.5 per cent.

A younger bull at 15 months, the sale-topper was by Fish Creek Farm Lightning and weighed 600kg with a 125sq cm EMA, rump and rib fats of 7mm and 5mm and an IMF of 6.8pc.

This wasn't the end of the locals spending, with City Group also outlaying $25,000, $20,000, and $19,000 for their pick of the Blue Spark dispersal females. They also purchased two pens of PTIC commercial cows.

Semen sold to a high of $3300 per straw for a package of five straws of semen in SPKNS Extreme E27, a proven New Zealand bull which was also the sire of the top-priced female.

AgStock conducted the sale, with auctioneer Sam Hunter completing the selling duties. An ever-changing COVID-19 situation in Yass pushed potential buyers online to AuctionsPlus, resulting in 66 lots successfully being purchased through the platform.