An Australian and world record Dorper sale average of $6199 was etched in the history books today at the Burrawang Dorper and White Dorper sale, Ootha.

THE Burrawang Dorper and White Dorper stud has broken its own world record today during its 18th on-farm sale at Ootha, with 137 rams sold for a hefty $6199 average and $27,000 top price.

Establishing a new Australian and world record average for a Dorper stud sale, it surpassed the previous benchmark of $5239 set at the Burrawang March sale.

Included in the draft was five ex stud sires which created spirited bidding that pushed prices into the five figure range and resulted in a $20,440 average.

The purchaser of the top-priced ram received free collection and freezing of 100 straws of the ram purchased, sponsored by Ovatec Pty Ltd, Dubbo. Pistol will go straight to Dubbo with 400 doses expected to be collected.

Repeat buyers of several years, Gary and Sharlee Hill of Pomona Hill Pty Ltd, Roo Roo Station and Nulla Nulla Station in the Western Division were the largest volume buyers of the sale. 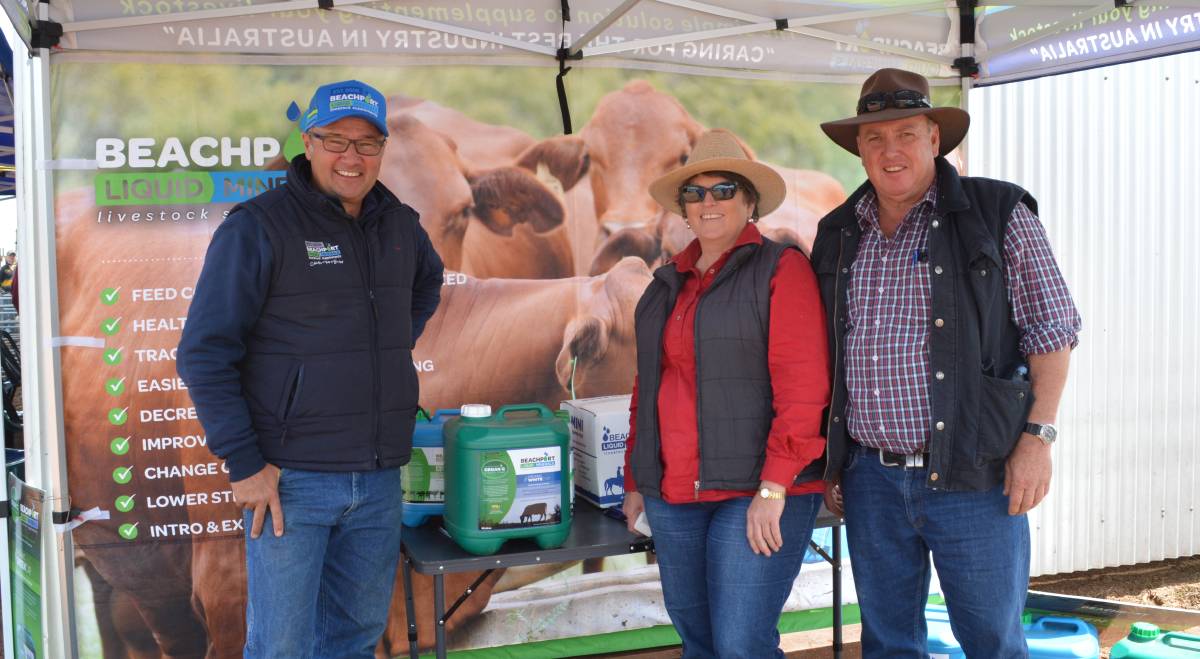 The Hills started in 2005 with Dorpers and now run 10,000 Dorper ewes. They were looking for consistency and shape.

"The sheep always are consistent and are always improving every year," Mr Hill said.

Burrawang's Malcolm Brady said it was an amazing result, and they are grateful for their clients which are so supportive.

"I can't believe it didn't drop off," he said. "It was strong throughout.

"We aim to build numbers for our March sale to satisfy the market so more people go home with the numbers of rams they want.

"This will be with the consistency and quality we are known for - we want to maintain what we have while we grow.

"We are grateful for our clients - they are so supportive."

A strong repeat customer base was matched with new commercial and stud buyers, according to Burrawang's Graham Pickles who said the sale was excellent.

The sale was conducted by BR and C Agents, Swan Hill, Vic, with Joe O'Reilly as the auctioneer.