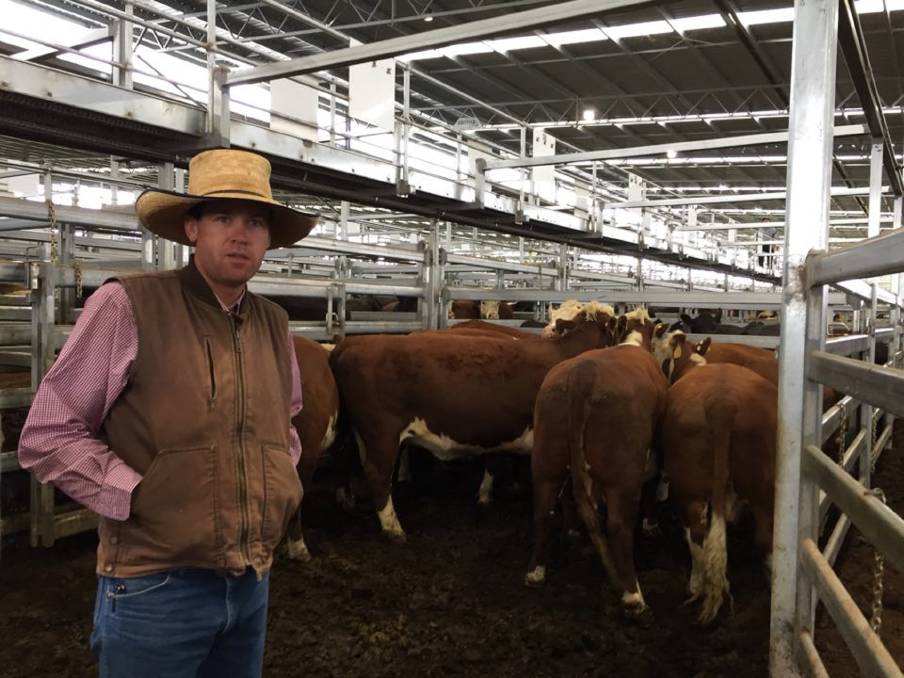 A tighter supply of cows for slaughter has caused the export market trend to be firm to a shade dearer across saleyards this week.

A TIGHTENED supply of cows for slaughter has caused the export market trend to be firm to a shade dearer across saleyards this week.

"With a really wet winter, a lot of stock didn't do a great deal weight wise," Mr Bloch said.

"Producers probably didn't get as much performance off their winter oats as they thought.

"Now that spring has broken, a lot think they'll use the next couple of months to maximise value.

"They'll use that good time to add that last bit of value while store cattle are so dear."

Among those, medium weight cows sold to dearer trends and heavy three-score cows were 11 cents a kilogram better, while four-score drafts were back slightly, to top at 395c/kg.

He said the best of the heavy cows fetched 395c/kg on Tuesday, up from 385c/kg last week.

"All sections have been very strong with no signs of weakening," Mr Clydsdale said.

He attributed that to simple supply and demand.

"We're not yarding an abundance of cows, with most producers still short on cow numbers," he said.

"With recent rain, a few of the processors will have cancellations, and the saleyards are going to have a few less cattle at most places.

"We have also had new online southern buyers become very active in the past three weeks.

"It's the old rule of supply and demand, and demand is very, very strong."

He said heavy well-finished cows sold up to 7c/kg dearer, fetching from 398c/kg to 430c/kg.

The leaner medium weight types ranged from 374c/kg to 418c/kg.