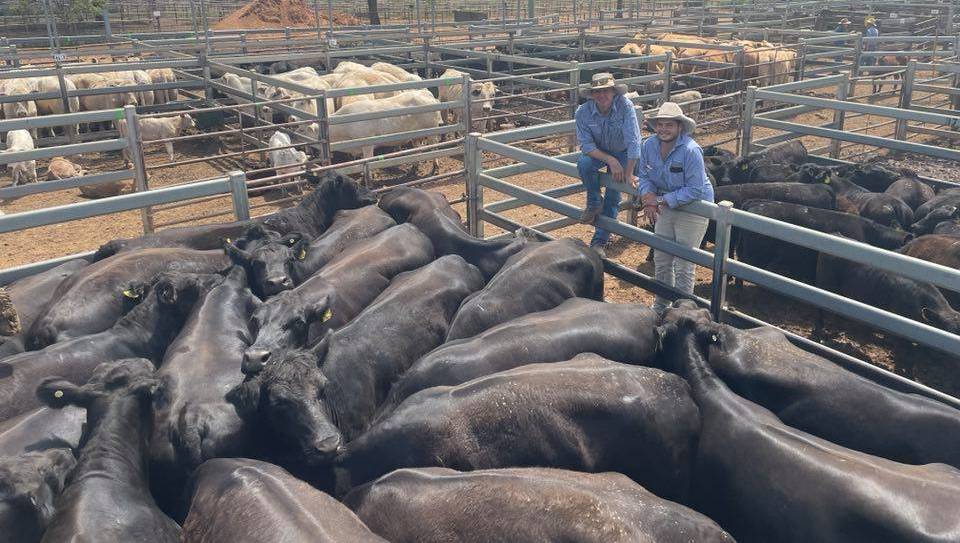 Jamie Stuart, Milling Stuart, and Ben Knight, PT Lord, Dakin and Associates, with Angus cows with calves that sold for $4020 a unit at Dunedoo last Friday.

THERE was spirited bidding as good lines of cows with calves were offered during the monthly store cattle sale at Dunedoo last Friday.

Prices across the steer and heifer categories were also up by more than $150 a head, according to Milling Stuart auctioneer Jamie Stuart, Dunedoo.

Agents Milling Stuart, Dunedoo, and PT Lord, Dakin and Associates, Dubbo, yarded 1000 cattle attracting a large gallery of local buyers and those from as far afield as Orange, Forbes and the Hunter Valley.

In the mix were eight- to 10-month-old Charolais and Hereford agistment heifers, sold by Davis Agriculture to a top of $1460. The Martin family, Nardoo, Cassilis, also sold Hereford yearling heifers for $2020. 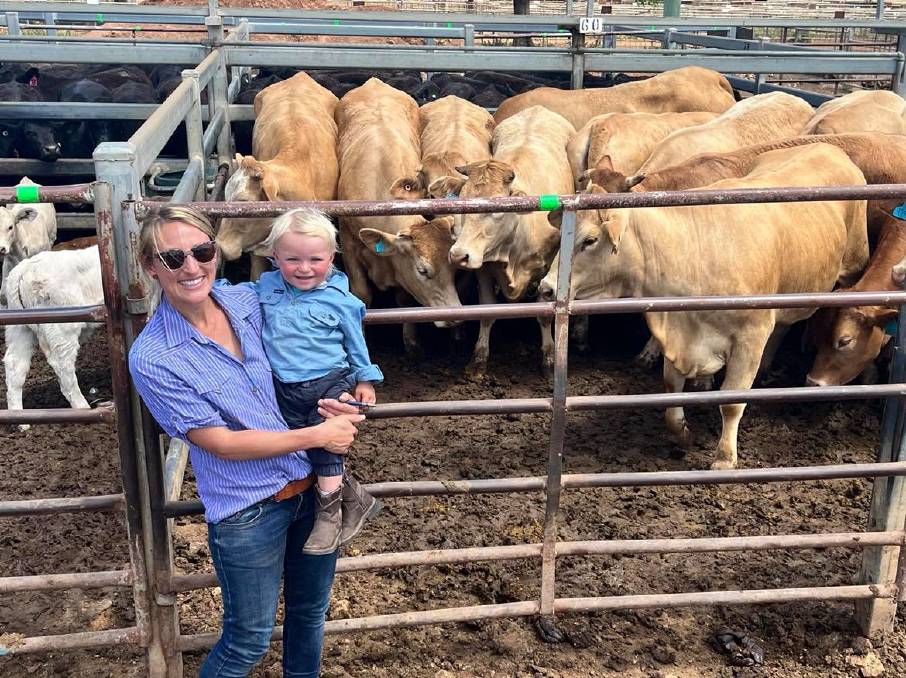 A small number of pregnancy-tested-in-calf heifers sold from $2200 to $3025. The best of those were a pen of two-year-old Charolais-cross heifers PTIC to an Angus bull.

They were sold by John and Julie Hunter, Mendooran.

Topping the market were a pen of Angus cows with calves sold by IA and WR Rushton, Dubbo, for $4020 a unit.

The sale was conducted by Milling Stuart, Dunedoo, and PT Lord, Dakin and Associates, Dubbo.