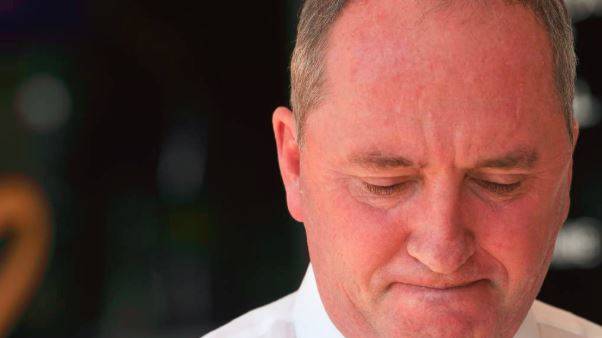 Deputy Premier John Barilaro said he would not call for Barnaby Joyce to stand aside from politics, but encouraged him to take a break and make a decision when he is in a better place.

Nationals party delegates hoping to catch the Barnaby Joyce sideshow this weekend will be sorely disappointed, with senior MPs confirming the under-fire New England MP is now sitting the Cowra state conference out.

Deputy Premier and NSW party leader John Barilaro – who will be joined by nearly all of his NSW party colleagues at this weekend’s regional pow-wow – confirmed on Thursday afternoon Mr Joyce would not make the trip to the Central West.

Mr Barilaro also said Mr Joyce should take time out for himself and his family to think about his future.

On Wednesday the Sydney Morning Herald said Mr Joyce would be heading to conference – though a frosty reception would likely await – on the back of recent media appearances and a scandal-plagued year.

Barwon MP Kevin Humphries has already told Mr Joyce he should resign for his own good and the good of the party, while a number of other MPs have held their tongue publicly, despite agreeing.

Mr Barilaro said Mr Joyce had every right to be at the annual state conference, but acknowledged it could have been a distraction should the former Deputy Prime Minister have been in the room.

“(Barnaby) is a member and he has every right to be here, but yes I will say it does give me some clear space,” Mr Barilaro said. 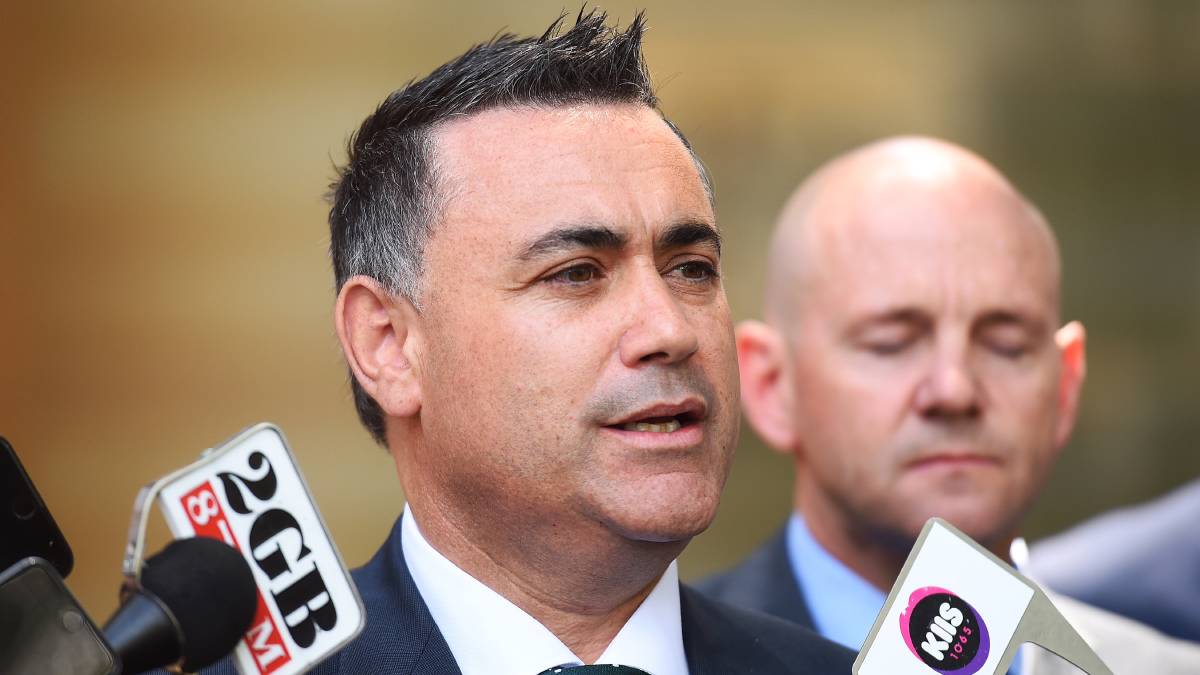 Mr Barilaro said Mr Joyce had every right to be at the annual state conference, but acknowledged it could have been a distraction should the former Deputy Prime Minister have been in the room.

It was a different story at the Broken Hill state conference 12 months ago – before Mr Joyce’s citizenship issues, extremely public affair and marriage breakdown, the pregnancy of his former staffer, and the paid television interview on the whole shebang, came to light.

Mr Barilaro said he would not call for Mr Joyce to stand aside from politics but encouraged him to take a break and make a decision when he is in a better place.

“Playing your whole life out in the public domain is demanding and it hurts so many people,” Mr Barilaro said.

“Take time out for yourself, for your partner, for your kids, ex-wife… do it for their wellbeing if nothing else.

“If at the end of that you’ll be in a better place at what you want to do long term.”

“He’s not had time to reflect on anything or make decisions about the future. He’ll know if he wants to keep going or not, but he needs a clear head to make that decision.”

The 2018 NSW Nationals conference at Cowra kicks off on Friday morning at 8am.

A full list of motions can be found here.