Positives of tropical pastures on display at Tamworth Agricultural Institute. 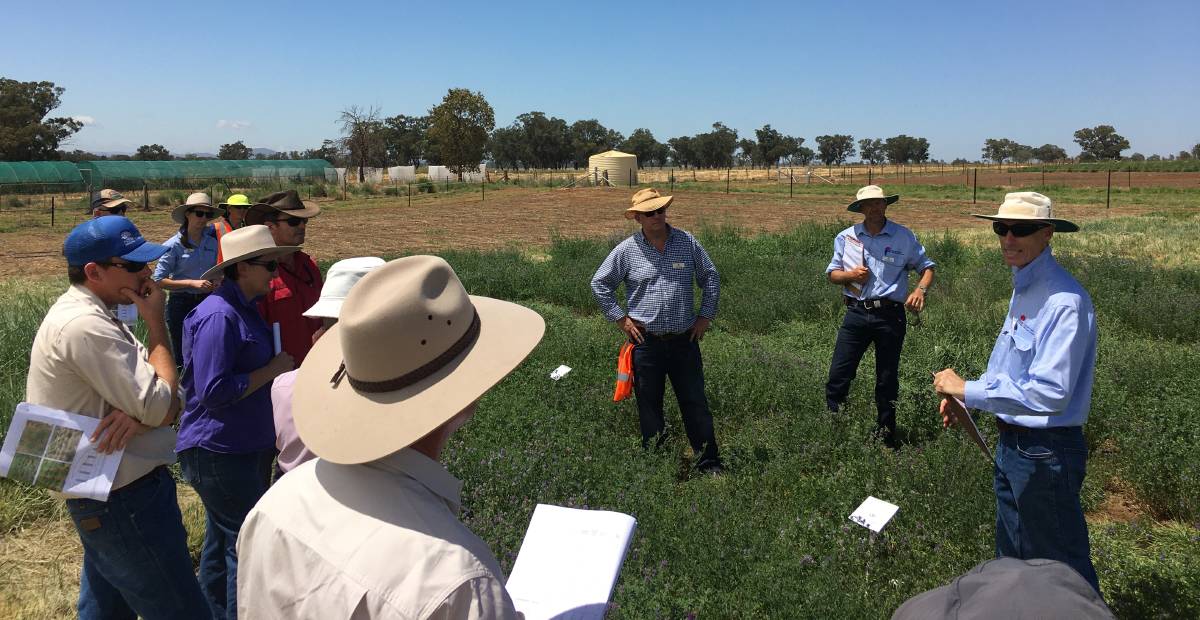 THE benefits of planting tropical pastures was on full display during a field day at the Tamworth Agricultural Institute on Tuesday.

Hosted by the NSW Department of Primary Industries, the event focused on the results of a variety of testing plots, which examined the differences between pasture varieties such as premier Premier digit grass and Bambatsi panic.

COVID-19 restrictions changed the way DPI experts Suzanne Boschma, Kate Baker, Mark Brennan and Sean Murphy hosted the event, however it did not stop more than 30 locals from taking in the latest research.

A senior research scientist in pastures for the DPI, Dr Boschma said events like the field day were pivotal to helping producers make smart decisions regarding their pasture.

"I think a lot of people are going to want to sow tropical pastures this summer, but if you don't have prior planning and preparation in place you could be wasting your money, which we don't want people to do," Dr Boschma said.

"We've estimated that there's more than 450,000 hectares [of tropical pastures] in the north of the state.

"As part of a current project with the Livestock Productivity Partnership (LPP), we're looking at the potential of tropical pastures further south than where we currently grow them - into central NSW.

"We've got experiments at Cowra and Orange, and there will be field days in those places later this month and early next month."

Among the many findings from the Tamworth experiments was the potential benefits tropical pastures could offer graziers in warmer months of the year.

"Tropical grasses don't have the same quality as a temperate grass does, but they grow at different times of year so it's not a particularly fair comparison," Dr Boschma said.

"The work we've done with nitrogen and grazing management shows that producers can achieve good animal production from tropicals by managing them.

"That means, keeping them short and green. Once stem elongation starts, the quality drops off and animal production goes down.

"Some of the production figures we've had here indicate we could be achieving 1.5kg per ha per day, which is pretty impressive.

"One of the challenges with tropical pastures is that they will grow fast when there's good soil moisture and then stop when the moisture runs out."

"The boom and bust growth makes utilisation of that feed quite difficult, but also within our LPP project, we are looking at fodder conservation and making silage allows producers to utilise that herbage a lot better," she said.

"In this region the two species that have excelled and come through the drought well are Premier digit grass and Bambatsi panic.

"Digit grass has a wide adaptation across a variety of soil types, while Bambatsi prefers heavier soils.

"Production can be increased by adding nitrogen. An alternative is adding legumes. Finding compatible legumes that can be there through thick and thin fixing nitrogen for you is another aspect of the work we are doing."