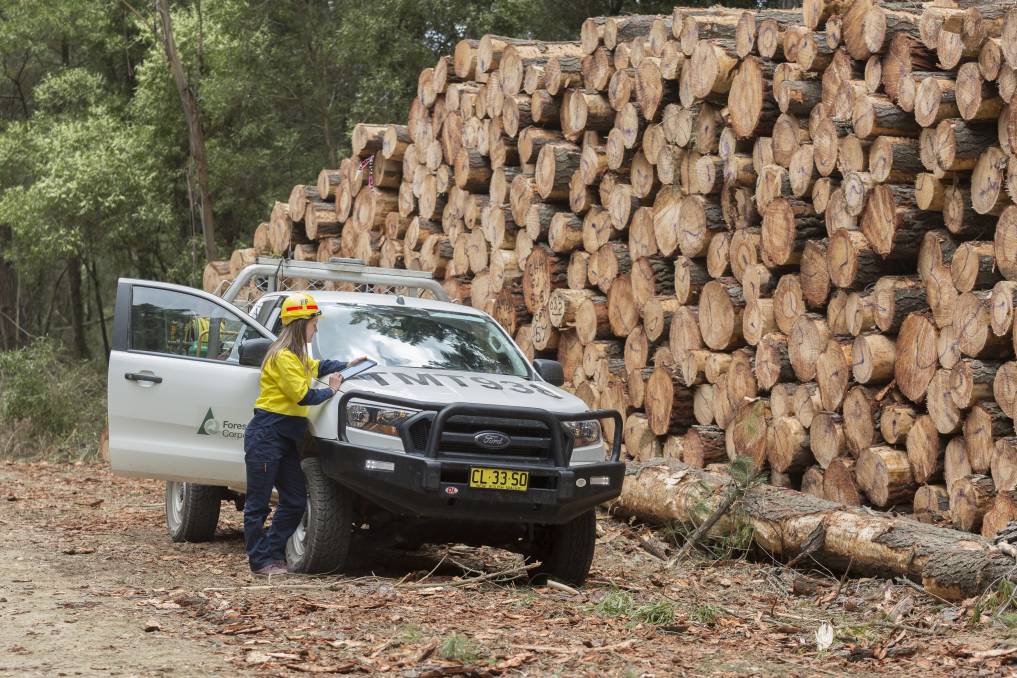 The China trade embargo will see softwood diverted to the domestic market which is struggling to meet demand following the bushfires.

AFPA NSW welcome announcement but say it is not a long-term solution to supply concerns.

The NSW government has announced timber that would be bound for China will be diverted to the domestic market in an attempt to meet increased local demand and mitigate supply challenges following the 2019/2020 bushfires.

The NSW government has directed Forestry Corporation to divert at least an additional 270,000 tonnes of timber impacted by the China trade embargo into the domestic market over the next three years.

The Australian Forest Products Association NSW (AFPA NSW) welcomed the move but said it was not a long-term solution.

China suspended timber exports from NSW in December last year. Meanwhile COVID-19 delays, lack of supply and increased demand has seen Australian wood prices rise by around 30pc in the past year.

"This timber will help to build thousands of new homes in NSW and using timber to frame these houses increases carbon benefits over other construction methods," NSW Deputy Premier John Barilaro said of the announcement.

Mr Barilaro said the decision would also safeguard vital timber processing jobs in regional NSW and would allow for the continued use of an existing transport hub in Werris Creek, while taking advantage of rail transport for the diverted timber to avoid the risks of increased truck movements.

"Not only are we producing sustainable timber, keeping it on shore to build Australian homes, and putting NSW jobs first, we are also making a substantial contribution to carbon capture and storage in the timber frames of new homes," Mr Barilaro said.

AFPA NSW said it would see the equivalent of up to 20,000 house frames of softwood log exports, impacted by the China trade embargo, stay in Australia.

"While it's not a long-term solution for Australia's timber shortage, this is a critical and welcome move from the NSW Government," AFPA NSW chief executive officer Sue Grau said.

"The industry is always supportive of increasing supply for domestic processors so more timber framing can be supplied to the housing market."

Earlier this year the federal government committed to planting one billion new softwood plantation trees - 400,000 hectares - over the next decade, a 20 per cent increase to satisfy demand.

For the past 10 years there has been almost zero new plantings, with the two million hectares of softwood "crop" stagnant.

Meanwhile, timber company Big River Group has secured a $10 million 'dollar-for-dollar' bushfire industry recovery grant to help retrain the around 50 timber mill workers in Wagga Wagga who were set to lose their jobs due to the shut down the mill, following the bushfires.

The Wagga Big River workers, some of whom have been employed at the mill for more than 30 years, will receive free training and a personal skills matching service, through the NSW Government's JobTrainer program.

Big River had announced they would consolidate their operations to their Grafton site and shut down the Wagga mill after the long term supply of logs from the Tumut region was severely impacted in the bushfires.

"Now, through the NSW Government's JobTrainer program, we are retraining those who didn't take part in the company's move north, to support local industries in need of skilled workers."

Clarence MP Chris Gulaptis said there was currently an excess of pine log availability in the Clarence Valley region, providing a sustainable resource for Big River.

"While this has been a difficult decision for the company, it is a positive outcome for our community and comes at a critical time after back-to-back challenges," Mr Gulaptis said.