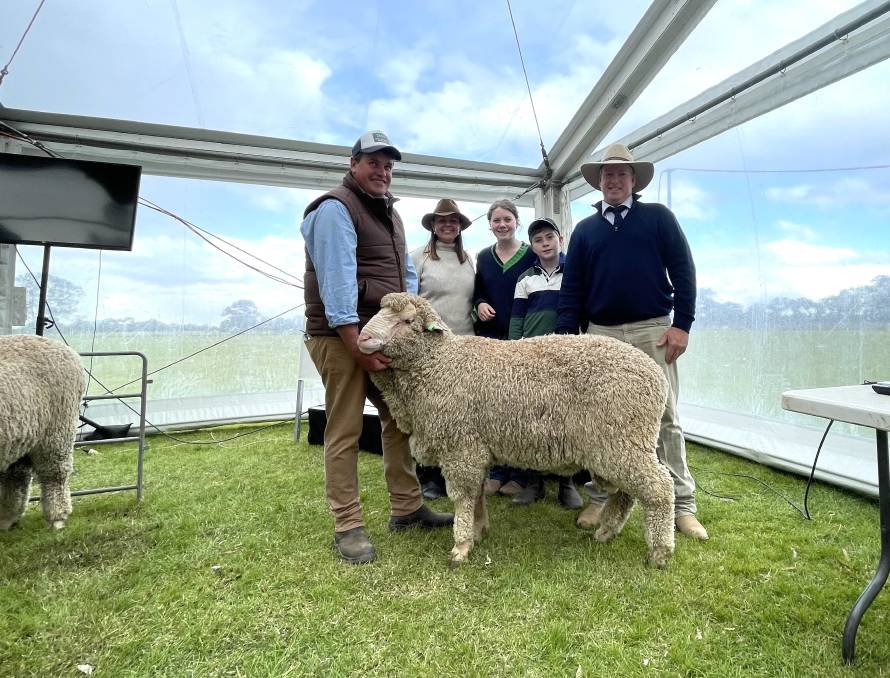 Tough competition right to the end at the Jerilderie Stud's sale.

There was no letting up for bidders at the Woodpark Poll 2021 annual ram sale on Monday, the depth of the draft leading to stiff competition throughout the Jerilderie stud's entire catalogue.

There were 146 of 150 rams offered sold for a very healthy average of $3602 and top price of $6000, reached three times including within the last five lots of the day.

Return volume buyers from the high-rainfall districts of Victoria, to outback Queensland, were able to fill their orders and some even left with a couple more than planned on board.

Woodpark Poll principal Stephen Huggins said it was always his hope that clients would be able to pay good, consistent prices for rams throughout the sale.

"My hope is that people don't have to push too hard on one because there will be another equally as good," Mr Huggins said.

"That seems to have been how it's played out and I'm delighted." 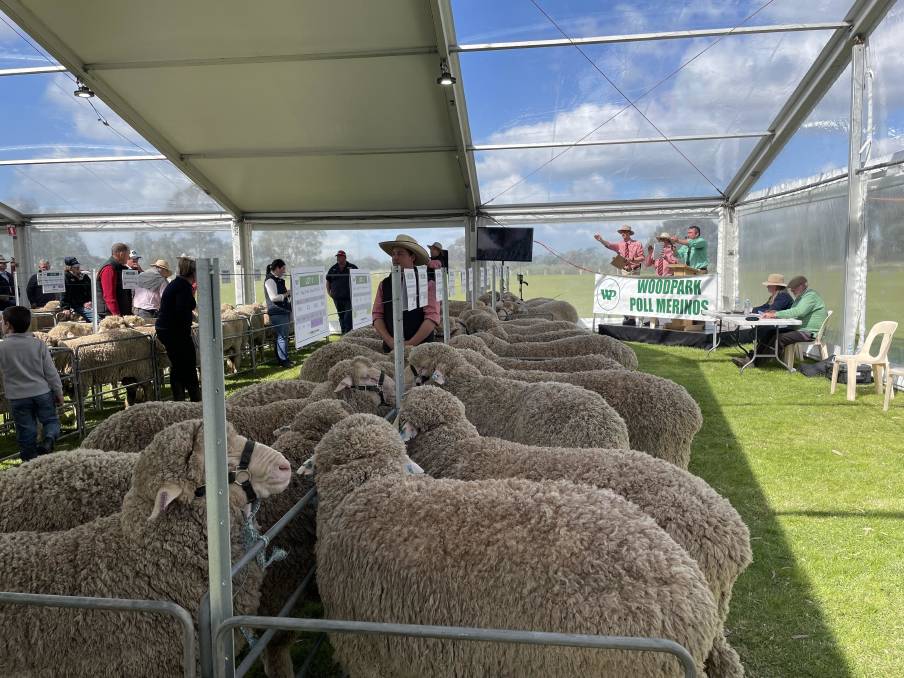 The sale was held at the Conargo Sportsground this year.

All three top-priced rams were picked out by Merino genetics consultant Craig Wilson for his clients.

The $6000 price tag was achieved right off the bat for the first lot in the catalogue - McCorkell Pastoral, Hamilton, Vic, purchasing WP Poll 20-899.

The homozygous poll ram, with 19.1 microns, was by 16-527, a heavy-cutting wool sire with a deep barrelled body.

"He's going down to a higher rainfall at Hamilton, so we're pretty picky on the quality of the wool that goes down there," Mr Wilson said.

"He's got a beautiful fibre on him and really good growth, he should fit in really well."

He was one of 10 McCorkell Pastoral bought on the day.

The next top-priced ram was heading in the opposite direction - WP Poll 20-081, bought by Jimenbuen Pastoral Company, Dalgety for $6000.

Another homozygous poll, this 18.5 micron ram was by 16-058, a big bodied, square ram with bold white wool. 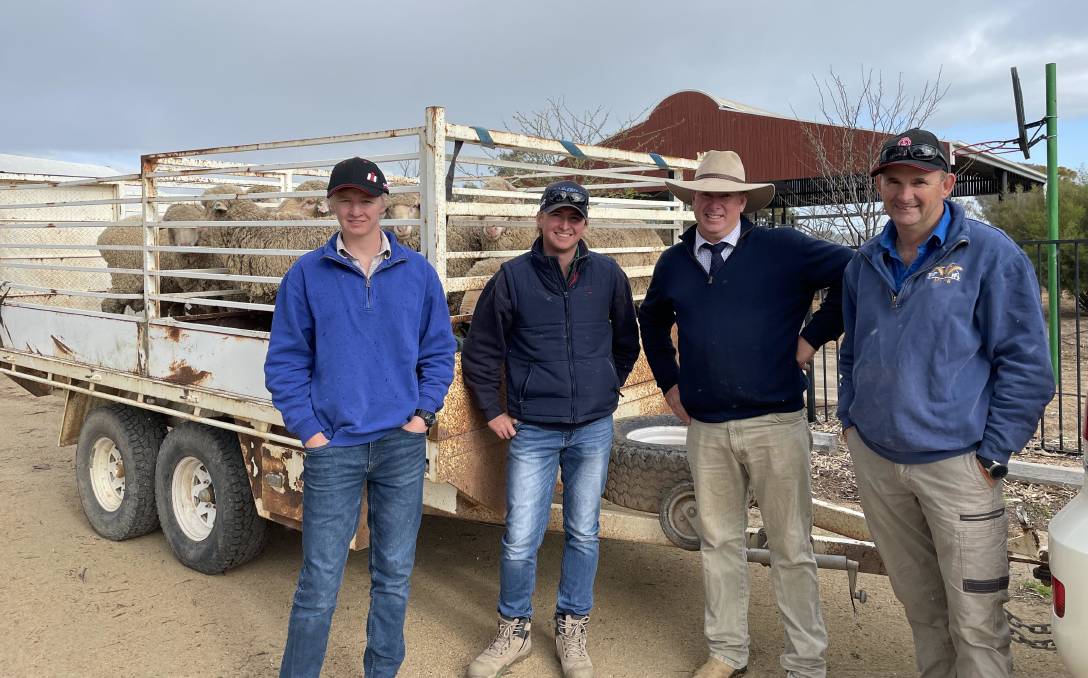 "We know a lot about them through the wether trials and competitions that we run," Mr Wilson said.

"He's by an industry leading sire and just has a beautiful set of figures, with quite outstanding indexes - he's also structurally correct with magnificent wool so it made it easy to buy him."

There were several bidders waiting all sale for the final top-priced ram to go under the hammer - WP Poll 20-255 one of the last sires of the day to be offered and was snapped by return buyers, Reids Flat stud, Grassy Creek Merinos.

The ram had an industry-leading yearling eye muscle depth value of 2.5 (top five per cent), with a YWT of 8.0 and YCFW of 22.7 to go with it. The impressive figures calculated into an MP index of 162 and DP index of 151.

"He had a tremendous eye muscle, he physically looked wide and deep and his numbers showed that," Mr Huggins said.

Other top sales included WP Poll 20-913, who had MP and DP indexes in the top five per cent, and was purchased by MV Ag, Mountain View, Alectown for $5800.

He was one of 11 they bought at the auction. MV Ag's Peter Ungar said they had been buying from Woodpark for several years and they were chasing finer micron, heavy cutting sheep for their mixed farming enterprise.

Ms Deans said she had been buying Woodpark Poll rams for the last five years.

"We have marginal rainfall, not much shade...they're sort of up against it, but they're going extremely well up here," Ms Deans said.

"I was looking for good upstanding rams that will handle the conditions I know they're coming into - I like uncomplicated rams, not too many wrinkles, an easy maintenance ram."

The sale was conducted by Elders Jerilderie and Nutrien Finley, with Tim Woodham (Nutrien), Nick Gray (Elders) and Harry Cousens (Elders). It was interfaced by AuctionsPlus.